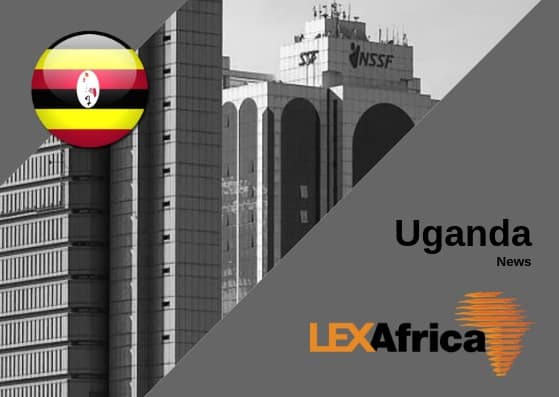 Blockchain, Cryptocurrencies and the law in Uganda

The Internet continues to spawn new technologies that change the way people interact with their environment in significant ways, in areas as diverse as social relations, the way business is done, and economies. One such change is “blockchain”, a revolutionary technology that allows parties to transact directly with each other without the need for intermediaries, as central trusted third parties.

Uganda is experiencing a new technological tidal wave of new business models and novel legal questions. By far the most significant headline-grabbing development in 2017 and 2018 relates to the stunning rise of Blockchain technology. The technology has the potential to dramatically transform practices in significant segments of the Ugandan economy.

Ugandan President Yoweri Museveni has spoken positively about blockchain technology.  At the Africa Blockchain conference held in May he said that there is a need “to look for a new technology of enabling things to move faster and new systems that go with it.”

The government of Uganda is also considering the use of blockchain in various ministries like the Ministry of Lands.  Where all properties in Uganda will be registered on the blockchain. This project is being fore fronted by Bitland Uganda in partnership with Bitland Global a land registry application on the blockchain that maintains tamper proof, immutable land records.  We believe this process will spark a lot of growth in the real estate industry as it will get rid the major ills that the industry has grappled with for a long time, like fraud.  Land title registration on the blockchain will mean transparent, tamper proof, fast and inexpensive transactions.

With the range of blockchain applications being implemented in Uganda, from enabling micropayment systems to digital identity management to smart contracts, there is no doubt that blockchain-based solutions can leapfrog traditional or non-existent technology infrastructures in the country and the continent at large. Such revolutionary developments are the drivers of a new era of more inclusive growth in which “no one is left behind”.

To boost growth, the private sector in Uganda is taking advantage of the blockchain technology in multiple sectors, including:

Blockchain has facilitated an increase in cross-border transactions to the benefit of Uganda . Most African countries face a lot of difficulties with costly financial systems due to the various currencies, regulatory systems and exchange rates among African countries. However, Blockchain has enabled, for example, flow of assets across borders at the lowest rates.

It has also enabled access to financial services by the so-called  ‘unbankables’, who are the majority in Uganda.

The biggest challenge is the absence of a regulatory regime .  Regulators and lawyers are still grappling with how to navigate the new technology. The market situations require the coexistence of both traditional and digital players side by side, for some time, in order to build bridges from the old to the new regulatory environment.

Luckily , Uganda is one of the few countries on the African continent whose government has shown willingness to embrace the technology. Most of the blockchain technologies and cryptocurrencies are not facing much resistance from regulators in Uganda, unlike in most countries across the continent, majorly because most governments feel threatened or don’t understand the benefits of these new technologies.

The Ugandan government is in the process of developing policy guidelines and encouraging industries to utilise the technology. Further, there is a need to review the existing Data Protection Bill in the context of emerging new technologies.

Regulatory vetting and development of industry standards are necessary but are still in the very early development phases in Uganda.

Our government is in the process of introducing tax mechanisms and incentives that encourage the private sector to invest in blockchain. This would open up new opportunities for public-private partnership.

The Government of Uganda is also availing education and training opportunities to build the necessary manpower, and more investment in new startups to support their growth and in return boost the economy.

Our view is that the next decade will bring with it tremendous advancements in technological and economic artistry that cannot presently be envisioned, and nearly all of those innovations will need to be understood and analyzed through a legal lens. The global blockchain and cryptocurrency community needs a strong, yet quickly adaptive base of legal understanding on which to build and blossom. It is upon this that lawyers show themselves relevant in fostering an informed regulatory climate that protects individuals, while encouraging technological innovation to flourish.

The entire blockchain ecosystem arguably benefits when lawyers focus some of their energies outward, beyond their individual firms and organizations, advancing legal discussions and theory and grappling together to interpret and apply legal frameworks rather than solely inward.