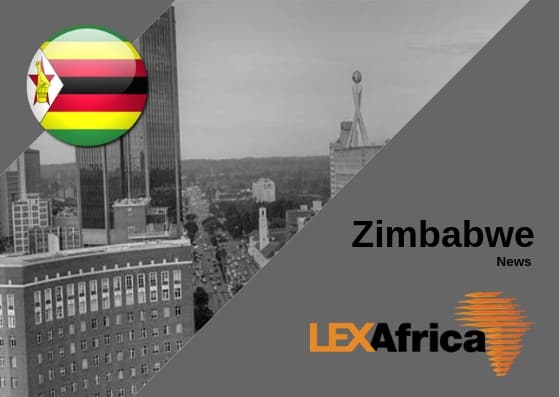 Recently, Zimbabwe, a member of the World Trade Organisation (WTO) since 1995, ratified the WTO Trade Facilitation Agreement (TFA) becoming the 139e WTO Member State to ratify this Agreement. This development comes at a time when President Emmerson Mnangagwa’s government is making progressive efforts to open the country for business, to attract investors and to re-engage with the international business community. This article assesses the potential impact that the implementation of the TFA will have towards reducing informal cross border trade (ICBT) at Zimbabwe’s borders.

The TFA was concluded in 2013 and entered into force on 22 February 2017, after being ratified by a two thirds majority of the WTO membership (110 of 164).  The obligations contained in the TFA are only binding to those WTO members that have ratified the Agreement. In terms of section 327 of the Constitution of Zimbabwe of 2013, an international treaty which has been concluded by the President or under his authority becomes legally binding once it has been approved by Parliament and has been enacted into law through an Act of Parliament. This means that once Parliament has ratified and enacted the TFA into an Act only then will Zimbabwe be legally bound to implement and enforce the self-selected obligations contained in this agreement that it has committed to implementing. At the time of writing this article Parliament had not approved and/or enacted the agreement into domestic law.

Generally, the TFA aims at simplifying trade procedures to facilitate the easy movement of goods across borders. It contains provisions aimed at expediting the movement, release and clearance of goods, including goods in transit. Moreover, the agreement covers measures relating to effective cooperation between customs and other appropriate authorities on trade facilitation and customs compliance issues, technical assistance and capacity building for WTO Member States.

For Zimbabwe, the ratification of the TFA is a step in the right direction towards reducing ICBT and promoting formal cross border trade. The African Development Bank (AfDB) has defined ICBT as “trade in processed or non-processed merchandise which may be legal imports or exports on one side of the border and illicit on the other side and vice-versa, on account of not having been subjected to statutory border formalities such as customs clearance”. Research done to date by various international organisations show that ICBT at Zimbabwe’s main border posts is primarily caused by among others high trade costs, complex customs and burdensome administrative procedures and a lack of trade-related information. Also, many men and women in Zimbabwe both employed and unemployed have found themselves engaging in this activity to supplement their income and support their families. Moreover, some small and medium enterprises (SME’s) and big companies participate in ICBT in order to evade paying customs taxes and thus enhance their profitability.

Also, in the practice of ICBT, numerous vices have sprouted and have been reported at different Zimbabwean border posts such as the sexual abuse of traders, corruption by government officials, massive loss of revenue through non-payment of customs tax, drugs and arms smuggling, human trafficking, unfair competition on formal businesses and smuggling of consumables which evade sanitary and phytosanitary checks thus posing serious health risks to consumers.

ICBT constitutes a significant part of the informal economy in Zimbabwe and Southern African Development Community (SADC) at large. The Food and Agriculture Organisation in a report published in 2017 estimated the size of ICBT in SADC, which Zimbabwe is a member of, to be valued at US $ 17.6 billion per year. This goes a long way towards emphasising the size of ICBT and reducing it will facilitate a stronger formal cross border trade practice that will be underpinned by favourable trading conditions and legal protections as well as numerous economic dividends for the nation’s economy.

It is important to note that the TFA presents Zimbabwe with an effective legal framework that must be embraced as it specifically addresses the root causes of ICBT. Under the TFA, Zimbabwe has committed to the following obligations, among others, which have great potential to reduce ICBT if properly implemented, to-

It is hoped that all these commitments will go a long way towards reducing ICBT and contributing towards national economic growth. Through the TFA, Zimbabwe will significantly benefit from its full implementation as it is likely to increase trade with its trading partners regionally and globally. The country will likely see a reduction in trade costs which will increase trade opportunities for SMEs, individuals, women and youth who are most engaging in ICBT to participate in cross border trade.  Further, red tapes at borders will be removed, and information on import or export procedures will be made available and easily accessible to traders through available resources. The automation and electronic services will help make trade easier and fast. Also, the harmonisation of customs and trade processes and standards enhances predictability and certainty for traders. Furthermore, Zimbabwe’s export earnings will likely grow significantly. The TFA will also boost the entry and marketability of SME’s into the international market, attract investment and improve the ease of doing business as well as the socio-economic well-being of its citizens. Clearly, it is apparent that the TFA, is a step in the right direction and will yield key benefits much needed by Zimbabwe’s economy as such the Parliament must speedily ratify and domesticate the TFA in order to facilitate the full implementation of this agreement.

Going forward, it is important for Zimbabwe to meet all the requisite pre-conditions which are necessary for harnessing the benefits that come with the TFA. In my view, the government must put in place sound legal and institutional frameworks aimed at facilitating the reduction of ICBT and harnessing all the benefits that come with trade facilitation. It is recommended that the National Trade Facilitation Committee, a creature of the TFA, must be properly constituted in a manner that is inclusive of all key stakeholders including cross border trade associations.  Consultations must be regular and must involve all the key players in participating in cross-border trade. It is also suggested that, to the extent necessary, Zimbabwe must align its trade facilitation laws and policies with the obligations contained in the TFA.  However, compliance with the TFA might be costly and strenuous and may accordingly delay the agreement’s full implementation for a developing economy like Zimbabwe. It is recommended that the country make use of the technical and financial assistance from the TFA Facility and donors in order to fund any costs associated with complying with the TFA. Lastly, the speedy implementation of the TFA must be prioritised by the government of Zimbabwe as this will assist fast-track Zimbabwe’s path to economic recovery and mitigate any further losses or harm that ICBT has caused to the government, business, traders and consumers such as customs duty evasion and unfair competition.

The views expressed in this article are his personal views and do not constitute legal advice.