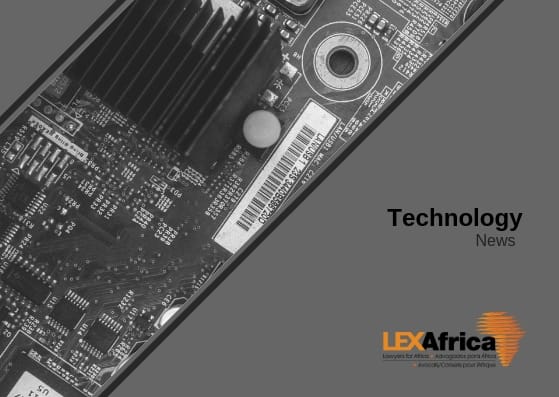 When African online retailer Jumia Technologies listed on the New York Stock Exchange on 12 April, many market watchers did not know what to expect.

After all, the company admitted to carrying losses of about $1 billion incurred over its seven-year lifespan. Then there was the fact that it was the first African start-up to venture into the Wall Street cauldron – enough to scare off both Africa sceptics and tech-wary investors.

About 40 African companies are quoted on the NYSE, but most are large South African enterprises with more solid records and balance sheets – like Sasol and Sappi.

Jumia, sometimes referred to as “Africa’s Amazon” and founded in Nigeria by Sacha Poignonnec and Jeremy Hodara, was offered to the public at between $13 and $16 per share – valuing the company at $1.3 billion.

The stock soared 75% on the first day of NYSE trade. The promise of Africa’s untapped e-commerce market clearly excited some investors, presumably those who had done some homework.

Jumia might have massive debt and still be reliant on funding (such as from cell phone operator MTN, the biggest shareholder before the IPO), but the company has been growing fast – at 48% last year alone. “Jumia is realising its dream of building a digital Africa one customer at a time” says Natalie Scott of Werksmans Attorneys, South Africa.

Also, a 2019 report from Boston Consulting Group is rather upbeat on the outlook for e-commerce in Africa, with piles of statistics backing its case, from rapidly expanding digital coverage, through burgeoning consumer middle-classes to a paucity of retail outlets on the continent.

Jumia’s share-price surge pulled in more buyers – keen for a slice of a successful new kid on the block – and it rocketed to nearly $50 a share. Inevitably, there was a correction, but by the Easter weekend trade was still at a lofty $30-something.

Of course, this does not mean it is plain sailing for Jumia, which realised just $200 million from the IPO. It must now make that cash work towards its stated objectives of increasing flexibility and growing the brand.

While BCG is optimistic about African e-commerce, its report does highlight hurdles to be leapt. Logistics difficulties, stemming from poor infrastructure, are the highest.

In Africa, logistics add 320% to a manufacturing good’s cost, while return rates because the delivery service cannot find the destination can be as high as 30%.

Other challenges include a widespread lack of trust towards online retailing, linked to limited knowledge about it. Plus, only 20% of Africans are online and there are high illiteracy rates.

But challenges are simultaneously opportunities and the chance to get in on the ground floor of a commercial bonanza will drive Jumia’s popularity in the Big Apple – at least for a while.

Alice Namuli Blazevic of KATS Law, Uganda said “The listing is a huge leap forward for Jumia. It underlines the enormous appetite international investors have at the moment for technology companies even if they are loss making at the time of the listing.

The NYSE is the largest stock exchange in the world and there are lots of big tech players there and the investors are quite familiar with the e-commerce business. This will enable it acquire new customers and new vendors.

The listing constitutes a solid vote of confidence in the future of African tech and the growth of the African retail sector. It will also solidify the valuation of African companies like MTN.”