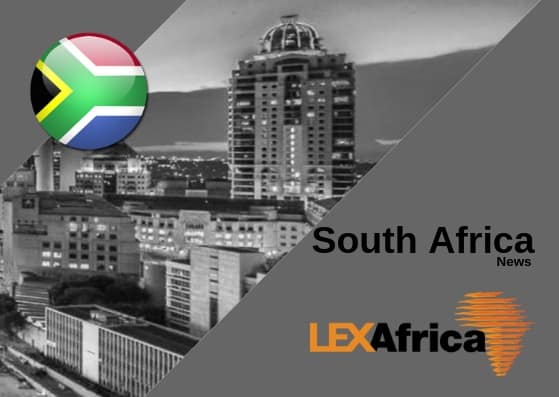 Pieter Steyn – LEX Africa Chairman and Director at Werksmans Attorneys in South Africa, contributed the South African chapter of GCR Know-how – on the topic of Immunity, Sanctions & Settlements for 2018.

See below all questions and answers for this chapter.

The principal benefit of the South African Competition’s (Commission) Corporate Leniency Policy (CLP) is that the first applicant to qualify does not pay any administrative penalties. In terms of the Competition Act, the penalties may be up to 10 per cent of the firm’s South African turnover and its exports from South Africa during its preceding financial year. No exemption/immunity is, however, given with regard to possible civil damages claims by a third party or the possible criminal liability of directors and managers.

The CLP does not apply to current and former officers, directors and employees. In terms of the Competition Act, the Commission may, however, certify that a person is “deserving of leniency” and may make submissions to the National Prosecuting Authority in support of leniency if such person is prosecuted criminally for involvement in a cartel offence.

Immunity is available after an investigation begins if the Commission is of the view that it has insufficient evidence to prosecute the cartel.

The successful applicant must be “first to the door” and make full disclosure of documents and information relating to the cartel and fully cooperate with the Commission. In a recent case, however, immunity was granted to a second applicant who was able to provide evidence that the first applicant could not supply. The CLP is aimed at cartel conduct (i) of which the Commission is unaware, or (ii) of which the Commission is aware of but in relation to which it has insufficient information and has not yet initiated an investigation and (iii) in respect of pending or already initiated investigations but where the Commission is of the view that it lacks insufficient evidence to prosecute the cartel.

The eligibility requirements are the same as before an investigation begins – see question 4.

In terms of the CLP, the applicant must immediately stop the cartel activity unless otherwise directed by the Commission.

This will depend on the facts and circumstance of each case and must accord with the Commission’s directions.

Immunity under the CLP does not affect the successful applicant’s criminal or civil liability.  Victims of the cartel may institute civil damages claims against the applicant. The Commission will, however, not make it a condition of granting immunity that the applicant makes such restitution.

A report by a person who is not authorised to act for the firm will not amount to an application for immunity, but will be treated as whistleblowing. The firm itself would have to apply for immunity and comply with the eligibility requirements.

The leniency process is undertaken on a confidential basis. Information provided by the applicant may be disclosed by the Commission with the consent of the applicant but such consent cannot be unreasonably withheld. The use of documents and information obtained from the applicant at the Tribunal hearing does not, however, amount to a breach of confidentiality. The South African Competition Act also provides protections for confidential information and it is prudent for an applicant to use these processes and not simply rely on the confidentiality provisions of the CLP.

The CLP is published and available from the Commission’s website www.compcom.co.za.  The Commission has not published further guidelines, but there have been some court and Tribunal cases on the CLP.

Immunity granted by another competition authority will not automatically qualify the applicant for immunity under the CLP. In developing the CLP the Commission reviewed and compared leniency policies in other jurisdictions including the USA, UK, EU, Canada and Australia.

The marker application must identify the applicant’s full name and address, the alleged cartel conduct and its participants and justify the need for a marker.

The time given to perfect a marker is not stipulated in the CLP and is determined by the Commission on a case-by-case basis. Generally about 30 days is granted.

The deadline may be extended on good cause shown.

To perfect the marker, an immunity application (with all required information, evidence and documents) must be submitted in accordance with the CLP.

The CLP does not give blanket immunity but only immunity in respect of the specifically disclosed cartel conduct. If additional information is discovered regarding conduct distinct from the conduct disclosed in the initial marker application, a new marker (or leniency) application would have to be submitted and the applicant runs the risk that another firm may already have submitted an application. Much accordingly depends on the facts and circumstances of each case as to whether the scope of the initial marker application is wide enough to cover the additional discovered conduct.

No. However, if the applicant does not perfect its marker during the required time period and fails to comply with the CLP requirements, a second applicant will move to the head of the queue.

An application should preferably only be made after a careful review of the evidence of a violation especially as an admission of a violation is required by the successful applicant.  A marker and immunity application may be withdrawn by an applicant. This must be carefully considered as the applicant then runs the risk of losing its immunity protection and being prosecuted by the Commission.

The applicant is required to produce all relevant information, evidence and documents at its disposal, whether written or oral. This includes assisting and cooperating with the Commission and making available employees and executives to the Commission for interviews and ultimately as witnesses.

The applicant must admit to the cartel conduct. A formal written confession is not required.

All information submitted as part of the CLP processes is protected by the rules of litigation privilege and may not be accessed by third parties unless such privilege has been waived by the Commission (for example, by referring to the leniency application in its referral of cartel members to the Tribunal). Please also refer to question 14.

No provided that the applicant has acted in good faith, cooperated with the Commission and is not responsible for such obstructive conduct (ie, such conduct must amount to a breach by the applicant of the conditions for its immunity).

Generally not but in terms of the CLP the applicant is obliged to disclose all relevant information, evidence and documents at its disposal and if some of these materials are privileged and disclosure to the Commission is refused on that basis, it may amount to a breach of the immunity conditions allowing the Commission to revoke immunity (although no such revocation has occurred to date in practice). Much will depend on the facts and circumstances of the case.

The existence of an immunity applicant is not formally announced but this will be disclosed pursuant to the Commission’s prosecution of the cartel before the Tribunal.  A written conditional immunity agreement will be concluded. Total immunity will be granted by written notice to the applicant.

The applicant and the Commission. Third party access would have to be justified in terms of South African discovery and statutory access to information rules and laws. The Tribunal on good cause shown could order third party access to the conditional immunity agreement.

The authority has a model agreement but this is not published and the CLP provides that the terms and conditions of the agreement need to be agreed between the applicant and the Commission.

Immunity may be revoked if the applicant fails to meet the conditions and requirements of the CLP including lack of cooperation by the applicant, provision of false or insufficient information, misrepresentation of facts and dishonesty.

Conditional immunity may be revoked at any time.

Written notice of revocation must be given by the Commission. In practice, there have been no revocations and it is likely that the Commission will first liaise with the applicant with regard its non‑compliance issues and that revocation will be a last resort.

Decisions of the Commission may be appealed to or reviewed by the Competition Tribunal.  In certain circumstances, the Commission’s decision may be taken on judicial review to the High Court of South Africa.

No.  The Commission has, however, issued penalty guidelines that provide for the reduction in penalties for firms that settle with the Commission  by 10 to 50 percent. It must be noted that the Commission does not impose penalties and must apply to the Tribunal for approval of the penalty.

The successful immunity applicant will be granted 100 per cent immunity from penalties. The Commission is generally amenable to negotiating a settlement agreement/consent order with the other firms involved in the cartel. There is, however, no formal process, procedure or guidelines for settlements/reductions in sanctions. Sanctions need to be approved by the Tribunal.

The reduction is in the Commission’s discretion – see question 46. The penalty guidelines provide that, in considering whether to offer a discount, the Commission will consider all the facts and circumstances including the firm’s willingness to include a settlement with the Commission expeditiously, the extent to which the firm assists in the prosecution of other firms and whether the firm was proactive in approaching the Commission with information relating to the cartel.

Yes. The Commission issued guidelines for the determination of penalties from 1 May 2015 but it must be noted that the Tribunal (and not the Commission) is empowered by the Competition Act to impose penalties.

It depends on the facts and circumstances of the case. The six-step methodology in the penalty guidelines starts with calculating “affected turnover” and this depends on the scope of the conduct covered by the contravention. Although the successful impunity applicant will be granted 100 per cent immunity from penalties, the CLP does not give blanket immunity but only immunity in respect of the specifically disclosed cartel conduct. If the applicant reveals self-incriminating conduct not covered by its original application, the Commission may (if the applicant is not first to the door in claiming immunity for that additional conduct) prosecute the applicant. The fact that a firm voluntarily revealed the information to the Commission could be treated as a mitigating factor in the penalty calculation process.

No, other than the section of the penalty guidelines dealing with discounts for settlement.

No, although reporting anticompetitive conduct or providing assistance with the Commission’s other investigations or prosecutions will be taken into account in determining a settlement discount – see questions 46 and 47 above.

Settlement agreements will generally not require the settling firm to provide privileged materials to the Commission.

There is no formal settlement process or guidelines and either the Commission or the relevant firm may initiate settlement discussions.

The amount of the penalty is usually agreed in the settlement agreement. If the parties can’t agree the penalty, it will be determined by the Tribunal pursuant to the prosecution of the firm by the Commission.

The courts do not play a role in the settlement process. However, to the extent that the penalty is determined by the Tribunal, the firm may appeal or review the Tribunal decision to the Competition Appeal Court.

Non‑confidential versions of the settlement agreement/consent order are made public.

The Commission will generally require an admission of a contravention of the Competition Act in the settlement agreement.

No. Settlement agreements are generally concluded between the Commission and individual firms.

A refusal to cooperate is likely to result in an inability to agree a settlement agreement and result in a prosecution before the Tribunal.

The settlement discussions are generally conducted on a “without prejudice”/“off the record” basis and as such information provided or statements made during the negotiations may not be used in formal proceedings.

This depends on the terms of the settlement agreement. However, a breach of the agreement could result in its termination.

No. Apart from the provision in the penalty guidelines dealing with settlement discounts.