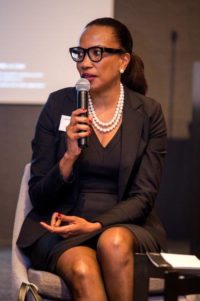 Amendments to the Companies Act, the Energy Regulatory Act, Electricity Act and the Banking and Financial Services Act will bolster investments in Zambia.

Amendments to the Companies Act, the Energy Regulatory Act and the Banking and Financial Services Act will strengthen Zambia’s investment regulatory framework and bolster investments in Zambia.

LEX Africa’s Zambian member Sharon Sakuwaha said government is in the process of implementing several policy changes that will promote sustainable trade partnerships in Africa, Asia and the rest of the world.

She gave valuable insight into Zambia’s construction, transport and energy sectors at a seminar entitled, An Outlook on Africa 2018, held in Johannesburg in March.

Ms. Sakuwaha said on the transport side, the Nacala Logistics Corridor (NLC) — which is a rail system connecting Mozambique, Malawi and Zambia — is a critical project for Zambia.

While Malawi and Mozambique have made significant headway in the construction of the railway, Ms. Sakuwaha said the Zambian leg of construction — the Chipata-Petauke-Serenje Railway — had experienced delays. In May 2017, the Ministry of Transport and Communication announced that it had struck a deal with China Civil Engineering Construction Corporation to build 388.8 kilometers of trackage. Later in year, however, government announced that it was looking for a new financier for the USD 2.3 billion deal.

The rail project will benefit from the new regulations. Earlier this year, Transport Minister Brian Mushimba revealed that government was implementing the law contained under the Railways (Transportation of Heavy Goods) Regulations of 2018, which compels transporters of heavy cargo such as mining companies to move at least 30 percent of their bulky cargo via the rail system.

The publication quoted Mr. N’gandwe as saying: “The Copperbelt rail infrastructure in existence is in poor repair, lacks capacity, lacks adequate security provision; and certainly, lacks resilience. Moreover, it’s not a minor detail that the North Western Province mines have no access to a serviceable railhead closer than Chingola.”

She said government’s response to the concerns that were raised was that the 30 percent bulk goods legislation encourages private sector participation because it would guarantee traffic on the rail system. She said there is notable interest from private investors in this regard.

“It is felt that these new regulations will now compel the mining companies to provide a commitment in terms of an arrangement to facilitate the financing of those new rail lines.”

Zambia Railways Limited and the Tanzania-Zambia Railway Authority (Tazara) — which is equally owned by the governments of Tanzania and Zambia — are in operation in the country. Government is working on regulatory reforms in the sector to establish a rail regulatory body to maintain and develop rail infrastructure through promotion of partnerships with private investors and manage the whole system. Ms. Sakuwaha said this authority would be introduced through new legislation and once established, the body would have the management of the actual rail infrastructure transferred to it.

“This authority will be responsible for the rehabilitation and development of the rail line. This is an effort to make the local rail operators more competitive because the burden is now removed from them, and it also provides an opportunity for private operators to enter the market and operate on these rail lines and maybe make the rail sector a bit more competitive.”

“The Zambia link is the missing link (in the Nacala Corridor). The main problems include the lack of resources, the lack of development, and the lack of infrastructure. But, with this new regulation (the bulk goods and heavy cargo regulation) I’m quite confident that there will be interest from the private sector to invest in the development of the rail by [virtue of] the traffic that it (the regulation) will feed into Malawi, Zimbabwe and Mozambique.

Aside from the rail system which promises to bolster trade in Zambia, government is also working on other economic diversification efforts through industrialisation and value addition.

It is amending the Energy Regulation Act and Electricity Act to fast-track new projects and make the sector more attractive to investors. According to Zambia Daily Mail, the Bill will establish a framework around power purchase agreements to enable investors to commence projects immediately after regulatory approvals are attained.

Simweemba Buumba, senior manager of research and pricing at Standard Chartered Bank was quoted by Daily Mail as saying that having correct tariffs in place is important for attracting investments to the power sector.

“Power imports are costly; some charges average 18 US cents per kilowatt-hour. Government has since drafted a Bill to introduce a multi-tiered tariff system that will allow decisions to be made now to cover a three-year period that will take various factors into consideration. This way we will avoid lengthy processes of public hearings and other issues.”

Ms. Sakuwaha said Zambia, in her opinion, has the most favourable regulatory framework when it comes to foreign investment. Much regulatory reform has been undertaken in key sectors such as mining, financial services and energy to make regulatory procedures and business activity more transparent and predictable.

” For instance, we have the new Companies Act and the Banking and Financial Services Act — both of which are yet to come into force, but they have already been assented to by the President.”

In addition to the above reforms, government has also stipulated that a minimum of 20 percent of all State-funded road contracts should be awarded to citizen-owned companies. The Citizens Economic Empowerment Act No. 9 of 2006 specifies that government’s goal is to contribute to sustainable economic development by building capacity in Zambian-owned companies.

Government will also be implementing a 20 percent sub-contracting policy on all civil works contracts that exceed K30 million or USD 3 million. According to the Roads Development Agency, which is one of the biggest contractor, contracts below the K30 million or USD 3 million thresholds “shall be reserved for citizen-owned, citizen-influenced and citizen empowered companies in line with the Citizen Economic Empowerment (Preferential Procurement) Regulations of 2011.”

The Zambia Public Procurement Authority (ZPPA) Act will also be amended to compel major contractors to bid together with local ones, so that the contracts are awarded as joint ventures. There have also been talks of raising the citizen-owned stake from 20 percent, to a more considerable 30 percent stake.

Ms. Sakuwaha said investment trends and opportunities in Zambia have in the past been largely in mining, but prominence is now being given to agriculture and manufacturing as well.

“The political will is there to promote investment and economic diversification. The vision is to achieve economic diversification through industrialisation anchored on agriculture. Government has reserved approximately one million hectares of land for farming blocks that are located in various parts of the country. So, there is an opportunity for investment in agriculture and in terms of scaling up production.”

She says so far, about 100,000 hectares of farming blocks have already been allocated to investors.

“In the past agriculture has been largely focused on maize, but government is now saying let’s focus on high-value crops like tea, coffee and cashew nuts. So, in addition to those farming blocks, government is also developing the infrastructure around those blocks coupled with value-addition facilities [like] outgrower schemes [which are] being developed around those blocks.”

Ms. Sakuwaha said there is also an increasing number of joint-ventures between private investors and government. She said Zambia’s stance on land ownership, put the country ahead of several others in the continent where investors could come in, buy land and develop it.

“At the moment, as long as an investor has the commitment to invest USD 500,000, they could get an investors’ license and acquire land.”

She said while investors could not attain citizenship for meeting the monetary value pre-requisition for land acquisition, there were other incentives — some fiscal incentives — that one could receive if they invest in a priority sector or multifacility economic zone.

“As long as investors come through the Zambian Development Agency, they Agency will be able to facilitate easy access to permits, like immigration permits.”

According to Zambia Daily Mail, despite poor rain and the effect of climate change, bumper maize harvests have been recorded during the past three farming seasons. For the 2016/2017 period, production rose 800,000 tonnes from the previous year. For the 2017/2018, favourable weather conditions have caused analysts to predict yet another bumper harvest.