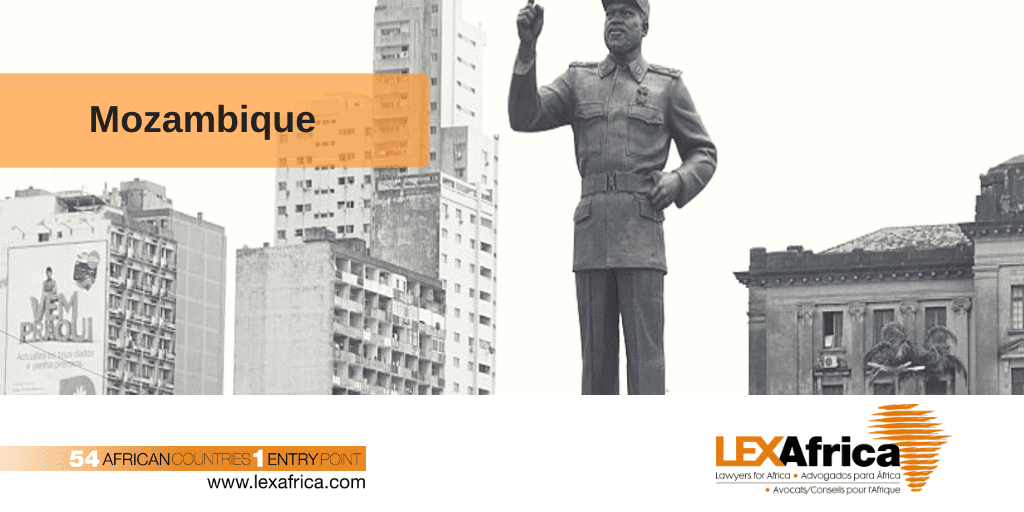 As we are all aware the spread of the coronavirus in Mozambique these past month has caused the Mozambique Government and the World Health Organization (WHO) to announce measures to prevent the increase of the virus.

Pursuant to Presidential Decree No. 11/2020, of 30 March, Law No. 1/2020, of 31 of March and Law No. 4/2020, of 30 of April, new exceptional and extraordinary measures have been implemented in order to avoid the spread of the COVID-19 virus and guarantee the running of business and the provision of essential supplies.

The declaration of a State of Emergency has a direct impact on the economic and social aspects of life and many enterprises in Mozambique may be heavily affected in the production, logistics, services, and other aspects of their operations, which may result in delays or failure to fulfil contractual obligations.

Under such a situation, should the affected enterprises take liabilities for breach of contract? Is delayed performance or contract termination allowed?

One of the major legal issues currently has been the inability of parties to perform their obligations in terms of agreements to which they are party and the extent to which such failures can be excused, suspended or terminated, either in terms of contractually agreed provisions or Mozambique subsidiary law principles.

Unlike many civil law jurisdictions (such as France and Germany) where the term “Force Majeure” is legislatively defined and covered, the term Force Majeure is not defined in the Mozambique Civil Code, but according to the prevalent doctrine “Force Majeure” means any cause beyond the reasonable control of the party concerned including act of God, industrial dispute, war, act of public enemies, riot, civil commotion or disturbance, fire, flood, storm and other damage caused by the elements, epidemic, pandemic, earthquake, explosion, or any action or inaction of any government or other competent authority, serious interruption of activities or interruption of borders, flights, tourism, or of other material or services.

“Force Majeure Event” is considered as occurring when a party “by reason of force majeure or act of state” is prevented from making or receiving payment or complying with any other material provision, or where it becomes impossible or impracticable for the party to perform.

The event must be beyond the party’s control and the party must not be able to, after using all reasonable efforts (which will not require such party to incur a loss), overcome such prevention, impossibility or impracticality.

As mentioned above, the term Force Majeure is not specifically defined in the law. Therefore, its meaning would have to be determined in each individual case of any specific contract on the basis of general principles but is understood to cover “Act of God” events beyond the control of the parties.

Each party must promptly use all reasonable efforts to notify the other party of the event. Either party may, by no more than a number of days (established on the contracts) notice, terminate early in respect of the affected transactions. No further payments or deliveries will be required, subject to any close-out amounts.

The International Chamber of Commerce 2003 Force Majeure Clause applies if a party fails to perform its contractual obligations and proves:

A party is presumed to have established conditions (a) and (b) above in the event that the impediment is one of a number of listed events, including “epidemic.” COVID-19 is an epidemic, so it is likely that conditions (a) and (b) would be established. It would then depend on the facts of the case whether the affected party can prove that COVID-19 caused its failure to perform and it could not have avoided its effects.

If a party successfully invokes the Force Majeure clause, it is temporarily relieved from its duty to perform its obligations. Where the impediment is temporary, then this applies only so far as it impedes performance. Where the duration of the impediment substantially deprives either parties or both parties of what they were entitled to expect under the contract, then either party may terminate the contract.

There are various opinions stating that the Force Majeure shall only be applicable if such clause is established on the contracts.

We understand that the Force Majeure may be enforced when the Government declares state of emergency.

We understand that Force Majeure can be implement irrespective of clauses of Force Majeure being established on contracts if the same are executed between two residents entities in Mozambique because the subsidiary laws and regulations shall apply to cover the lack of such provisions.

In the absence of a Force Majeure clause, the subsidiary laws and regulations applies. In terms of a Mozambique subsidiary law and similar law systems doctrine applies the “supervening impossibility of performance”; vis maior (“major force”) or casus fortuitus (“accidental occurrence”), each party’s obligation to perform in terms of an agreement and their respective rights to receive performance under that agreement will be extinguished in the event that the performance by a party of its obligation becomes objectively impossible as a result of unforeseeable and unavoidable events, which are not the fault of any party to that agreement.

The definitive supervening impossibility of performance is applicable when the obligation is definitely impossible to perform by a cause not attributable to the debtor in which case the contract/obligation shall be extinguished.

However, if the supervening impossibility is temporary, the contract/obligation shall not be extinguished neither the debtor shall be liable for default interest.

The Mozambique Civil Code also provides that in case of unforeseen (abnormal) alteration of the circumstances the obligation is impossible (if the fulfilment is against the principles of good faith or is not covered by the own risks of the contract) to fulfil the aggrieved party may under justifiable reasons terminate, if the reason is definitive, or modify the contract if the reasons are temporary.

Note however, that the Courts might as different interpretation on this matter.

The party invoking the Force Majeure has to prove that the failure was due to a Force Majeure event under the terms of the contract, applicable legislation or due to governmental decision.

Note however, that the Force Majeure is a temporary failure to perform meaning that as soon as the conditions are restored the obligation is due again unless the contractual obligation has become so difficult or burdensome that the party cannot reasonably be expected to perform.

If either party is unable to carry out its obligations under the contract because of Force Majeure (as defined above), the parties shall agree to suspend performance until the event creating the Force Majeure is over.

The party who is unable to perform because of a Force Majeure shall agrees to resume performance of its obligations under the contract upon the termination of the Force Majeure.

Neither party shall be liable for any loss or damage by reason of such failure or delay in performance caused by the Force Majeure event.

Non-performance by a party is excused if that party proves that the non-performance was due to an impediment beyond its control and that it could not reasonably be expected to have taken the impediment into account at the time of conclusion of the contract or to have avoided or overcome it or its consequences.

When the impediment is only temporary, the excuse shall have effect for such period as is reasonable having regard to the effect of the impediment on the performance of the contract.

Force Majeure events do not necessarily exempt the whole liabilities for breach of contract. The liability exemption should be dealt with differently depending on the extent of Force Majeure and the difficulties imposed on the performing parties.

If the contracts can only be partially performed due to Force Majeure, the parties can amend the contract terms and partially exempt the liabilities for breach of contract.

As mention the Force Majeure, if applicable, is a temporary measure and not a way for cancelation or termination of the contract.

The Force Majeure can be implemented if the parties decide to reach an agreement under the current situation.

A party should only make a Force Majeure claim with care, because a wrongful claim could have serious consequences, including amounting to a breach of contract or a repudiation of the contract. In such circumstances, the other party may be entitled to claim damages or to terminate the contract.

Parties who intend to rely on either Force Majeure clauses or the subsidiary law are advised to obtain expert legal advice prior to doing so.