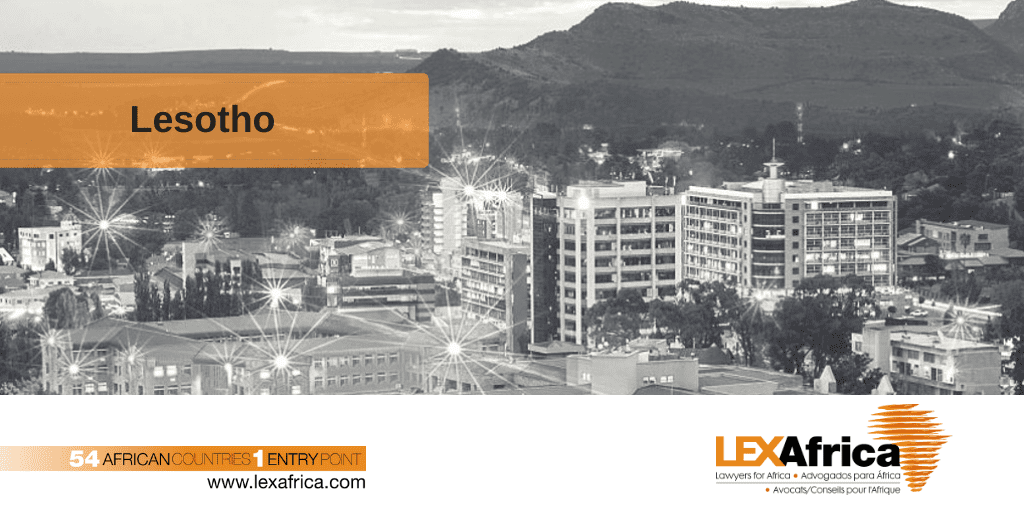 Hopes that new legislation would make Lesotho’s business environment easier to operate in – thereby attracting new foreign investment – have been stymied by the subsequent publication of regulations that contradict the Act and continue to restrict many business activities to indigenous Basotho people.

The introduction of “risk-based” business licensing and flexible business regulations were the stated objective of a new Act passed by Lesotho’s parliament in 2019.

The Statement of Objects and Reasons of the Business Licensing and Registration Act 2019 (“the Act”) proposes that a business will be licensed based on risks it poses to public health or safety, national security or environmental protection. It states specifically that there was a need to review the previous legislation in order to facilitate business entry into Lesotho.

Licensing procedures prescribed by the Act are simple, short, cost-effective and responsive to the means of the operators. Detailed guidelines based on standards and provisions of the Act are promised.

The Act has not yet been formally promulgated by the relevant minister in the Lesotho government. He has, however, recently published new regulations on business licensing (under the authority of the as-yet unimplemented Act and also still to be gazetted).

Law firm Webber Newdigate Attorneys says these Business Licensing and Registration Regulations (“the Regulations”) contradict the Act on a number of issues.

“Most notably, the Regulations reserve certain business activities for Basotho citizens of Lesotho, while excluding naturalised Lesotho citizens,” says Webber Newdigate in reply to questions on the matter.

It adds: “The Regulations also make distinctions between licences held by foreign enterprises and those held by Lesotho citizens, in ways which appear to us to be inconsistent with the Act.”

Asked if the Act is designed to move away from restrictions on foreigners owning companies and business licences in Lesotho, Webber Newdigate answers: “It would appear that the Regulations contradict the intention of the Act, by implementing a restriction on foreign-owned businesses operating in certain industries. Additionally, foreign business licences are subject to more regulation under the Regulations as opposed to those contemplated under the Act.”

The prevailing law on business licensing and registration is the Trading Enterprises Order of 1993, which provides that the merits of an applicant and national priorities must be taken into account. Also assessed are: the magnitude and origin of the tangible and intangible assets; employment generation; the strategic nature of the enterprise; transfer of business expertise; advancement of business undertakings owned by citizens, and environmental protection.

Despite measures to make it easier for everyone to do business, the Act still makes a distinction between local and foreign business. For the latter to obtain a business permit, the applicant must submit a business plan that includes:

However, the Regulations issued on 28 August 2020 go further than this in strictly reserving 47 business activities for indigenous Basotho people.

These developments come against a background that includes an unemployment rate of nearly 33% in a population of 2.2 million and political instability. A complicated political landscape of multiple parties and coalition government has made for volatile public affairs over many years. Veteran leader Tom Thabane was forced to resign as prime minster in May 2020 and was replaced by Moeketsi Majoro – though the coalition between the All Basotho Convention and the Democratic Congress of Lesotho remained in power.

In 2019, foreign direct investment (FDI) was estimated to be US$118 million by Unctad’s World Investment Report. The World Bank put FDI at about 4.8% of GDP (slightly above average globally).

Although it appeared that there would be time and guidelines before the promulgation of the Business Licensing and Registrations Act (the “Act”), the Minister has decided to bring the Act into effect as of the 17th of November.