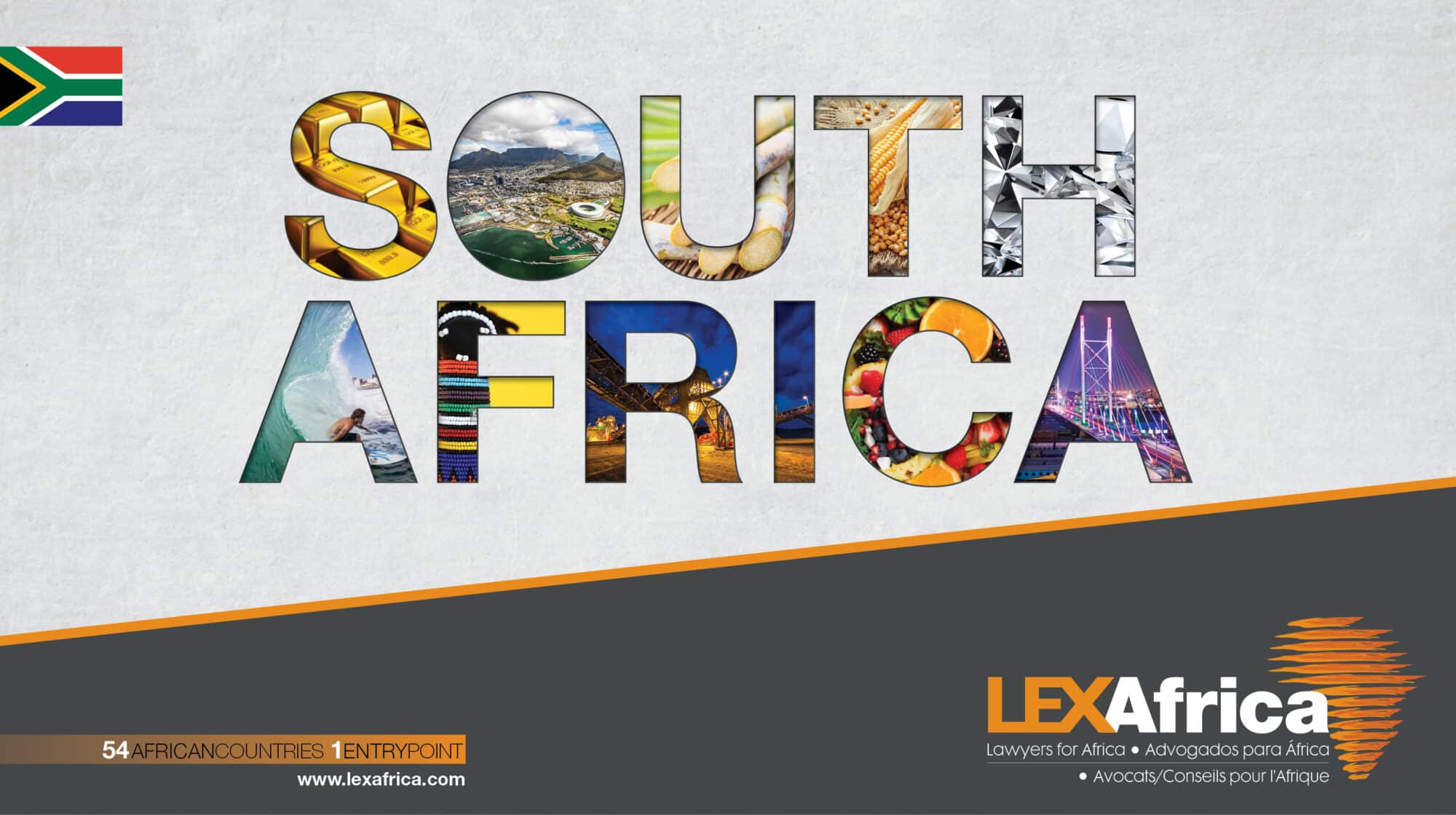 Jump the gun, bite the bullet: Consequences of failure to notify a merger in Africa

It is no longer a surprise that many, if not most, African countries now have competition laws. In addition, Africa has five regional economic areas with competition rules.

In many of these countries and regional areas, it is necessary to notify and obtain approval from the relevant competition authority for transactions where an entity takes control over the business of another entity. Such transactions are commonly referred to as mergers (even if the parties do not “merge” in the strict legal sense of the word).

Merger control procedures in South Africa and in many other African jurisdictions are suspensory in nature, meaning that merger parties are prohibited from implementing a merger prior to receipt of approval from the relevant competition authorities in those jurisdictions.

If the merger parties nevertheless do take steps to implement the merger, referred to colloquially as ”gun-jumping” or “pre-implementation”, they face severe consequences, including the imposition of heavy penalties.

The fact that the parties to the merger are not incorporated or resident in those African countries and that their main businesses are not conducted there, is not determinative of this issue.

It is also not necessary for the merger to be negotiated and consummated in these countries for jurisdiction to be asserted. In most cases it will be sufficient if the merging parties obtain some income from the African countries in question. This means that a multi-national merger between, say, an American company and a Japanese one with an income stream from these countries in Africa, may very well have to be notified in those African jurisdictions, in addition to the USA and Japan.

There has been an increasing trend of competition authorities in various African jurisdictions actively pursuing firms for gun-jumping, and imposing penalties for violations of merger control legislation.

A few recent examples are discussed below.

Since the commencement of the South African Competition Act, No 89 of 1998 (the Competition Act) in 1999,  there have been a number of gun-jumping cases heard before the Competition Tribunal (Tribunal). Penalties were initially relatively low but are on the increase. The Competition Commission (Commission) published fee penalty guidelines in March 2019[1], which makes it clear that the longer the merger parties wait before their merger is notified to the Commission, the heavier the penalty will be, with a maximum amount equal to 10% of the South African turnover of each merger party.

In July 2022, the Tribunal confirmed a consent order involving I Group Consolidated Holdings, U Reit Collins, Tradegro Holdings and Collins Property Projects[2] which involved a contravention of s13A(3). This resulted from the following facts: In May 2019, U Reit Collins (U Reit) acquired 25.7% of the issued shared in Collins Property Projects (Collins). Through this transaction, U Reit acquired joint control rights over Collins which gave it material influence over the strategic decisions and policy of Collins. Therefore, as contemplated in s12(2)(g) of the Act, U Reit acquired de jure control over Collins.

Merger approval without a specific acquiring or target firm.

In terms of s14(1)(b) and s14A of the Act, prior to implementing an intermediate or large merger[3], a party to a merger is required to notify the proposed merger to the Commission. Once notified, the merger may be approved (either subject to conditions or not) or prohibited by the Commission or the Tribunal, depending on whether it is an intermediate or a large merger.

Section 13A(3) of the Act prohibits gun‑jumping by stipulating that parties to an intermediate or a large merger may not implement such merger until it has been approved by the Commission or by the Tribunal, as the case may be. Section 59(1)(d)(i) of the Act empowers the Tribunal to impose administrative penalties on firms found guilty of contravening s13A(3).

In terms of the consent order, the merger parties undertook to:

The Common Market for Eastern and Southern Africa (COMESA)

For the first time in its existence, the COMESA Competition Commission (CCC) issued a penalty for not notifying it of a merger. This occurred in September 2021 in respect of two telecommunications facilities firms that failed to notify a transaction to the CCC. The transaction related to Helios Towers Limited acquiring the shares of Madagascar Towers S.A and Malawi Towers Limited. The merger was notified to the CCC after the permitted 30 day period set out in the applicable COMESA rules (referred to below).

The CCC imposed a fine of 0.05% of the parties’ combined turnover in the COMESA region for the preceding financial year.

Article 24(1) of the COMESA Competition Regulations (Regulations) states that a party to a notifiable merger shall notify the CCC in writing of the parties’ decision to merge as soon as practicable but no later than 30 days of the parties’ decision to merge. The CCC’s jurisdiction is non-suspensory, i.e. the merger may be implemented before the CCC issues its decision.

However, the 30 day notification rule is taken very seriously: according to subsection (2) of the Regulations, failure to adhere to this notification requirement will lead to the merger and any agreements emanating from it not being legally enforceable. In addition, the CCC may impose a penalty of up to 10% of either or both of the merging parties’ annual turnover in the COMESA region in their preceding financial years.

In April 2022, the Moroccan Competition Council (the Council) fined Sika AG, a Swiss entity, an amount of MAD 11.7 million (approx. R 19 168 500) for implementing a merger with French company, Financière Dry Mix Solutions SAS, in 2019 without obtaining regulatory approval from the Council. It marked the first time that the Council imposed a penalty for gun‑jumping.

Gun‑jumping is prohibited in Morocco by Article 12 of Law 104-12 on Free Pricing and Competition. Article 14 states that a merger may only be implemented after the Council has approved the merger or approved a derogation from the article allowing implementation prior to approval. Thus, gun‑jumping is allowed in certain circumstances.

According to Article 19, the sanction for failure to notify or implementing while approval is pending before the Council is:

There is a statutory limit of 5 years in which the Council may investigate unnotified transactions. The Council has announced that it will employ a more stringent approach to enforcing Morocco’s competition laws in future.[5]

In 2022, the Competition Regulatory Authority (“ARC“) of Mozambique imposed a gun‑jumping penalty of MT 41 115 323.17 (approx. R 10 820 891.24) against CFAO Motors Mozambique for a merger consisting of several simultaneous transactions. This is ARC’s first ever penalty for contravention Mozambican competition laws.

Gun‑jumping is prohibited in Mozambique by paragraph 1 of Article 25 of Law no. 10/2013 of 11 April 2013, Competition Law. According to paragraph 1 of Article 29 of the law, the prior implementation of a merger without prior notification constitutes an offence punishable by a fine which may not exceed 5% of the turnover in the last year of each of the companies involved, or of the aggregate of companies that have participated, in the prohibited behaviour. [6]

In 2022, the Competition and Tariff Commission (“CTC“) imposed fines of USD 284 264.15 (approx. R 4 763 869) and about USD 59 179.55 (approx. R 992 964) on Prodairy (Pvt) Ltd and Kershelmar (Pvt) Ltd respectively for implementing a merger without the CTC’s approval. Upon subsequent notification, the merger was approved by the CTC subject to conditions including a divestment condition.[7]

Gun‑jumping is prohibited in Zimbabwe by section 34A(3) of the Competition Act [Chapter 14:28] which allows the CTC to impose a penalty. According to s34A(4), the penalty imposed may not exceed 10% of either or both of the merging parties’ annual turnover in Zimbabwe for the preceding financial year.

Competition authorities across Africa are becoming increasingly cognisant of firms who implement mergers without or prior to competition approval. Parties engaging in commercial transactions in which a business in one or more African countries is directly or indirectly involved, ignore merger control laws in Africa at their own peril.

Firms planning merger activities will be deemed to know the law on merger control in each applicable jurisdiction. An approach of “implement first, ask forgiveness later” will not absolve them from incurring substantive administrative penalties for failure to notify the merger timeously to the relevant competition bodies.

Firms engaged in a multi-national merger are therefore cautioned to check early in the transaction whether their merger need to be notified in African jurisdictions.

[4] Another recent case is the consent order in The Competition Commission v Retail Capital (Pty) Ltd and another (Case No: CO078Jul20), where a penalty of R742 500 was imposed.

[5] The Competition Commission v I Group Consolidated Holdings and others (Case No FTN051Jun22).

[6] Whether a merger is categorised as intermediate or large depends on certain stipulated financial thresholds.

[7] The guidelines can be found on the Commission’s website