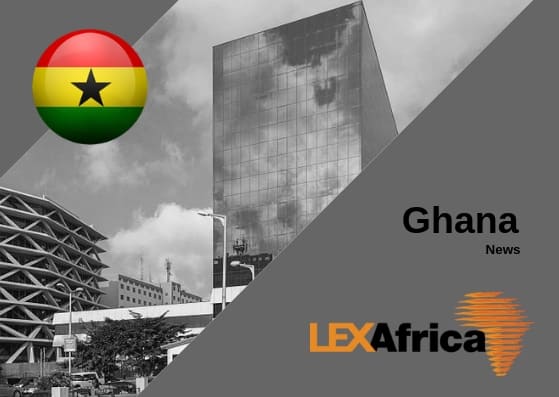 The future lies along a railway line

In a world dreaming of smart cities, driverless cars, and other digitally-connected concepts, it’s a little surprising to hear a president declare that it’s likely to be good old-fashioned trains that will carry his country to a better place.

“The railways are coming in a big way into Ghana, and we shall open up our country for the development that we all desire,” said Ghanaian leader Nana Addo Dankwa Akufo-Addo in his State of the Nation address earlier this year.

President Akufo-Addo had previously pointed to rail as a key historic engine of growth and termed the neglect and almost total ruination of the West African country’s existing railway infrastructure as one of the “greatest tragedies” since independence in 1957.

In 2017, the president took action on what is clearly a sore point with him, establishing a Railways Development Ministry to restore defunct lines dating back to British colonial rule – and to build a slew of new ones.

The 2013 railway “Master Plan” aims to have 4,000kms of track operational throughout Ghana by 2048 – at a currently estimated cost of US$21.5-billion, according to news agency Agence France Presse.

The jewel in the crown of the plan is a new line linking Ghana’s Atlantic Ocean ports of Tema and Sekondi-Takoradi with Ouagadougou, capital of the neighbouring landlocked country of Burkina Faso.

For anyone thinking this plan might be a populist political castle in the air, it’s worth noting that influential international ratings agency Fitch stated in late-May 2019 that it held “a positive view on Ghana’s railway construction over the next decade” and expected rail developments to be a key driver of economic growth into the future.

Earlier in May, the government shortlisted four bidders for the contract to build and operate the Ouagadougou line – from 16 international companies that expressed initial interest.

The line will run for 1,200km, from Tema to Ho and on through Hohoe, Yendi, Tamale and Paga on the Burkina Faso border, before continuing north through Dakola to the Burkina Faso capital and its planned new airport at Donsin. A further extension to the huge Burkinese manganese deposits in the northeast is proposed for a later date, as is a branch to Ghana’s undeveloped iron ore deposits near the town of Yendi.

This new transport link will be a godsend for Burkina Faso, which previously conducted much of its trade through the port of Abidjan in Cote d’Ivoire but was forced to seek alternatives as civil war engulfed that country over the past decade. It was a similar story for fellow landlocked states Mali and Niger.

Transit trade through Tema harbour, near the Ghanaian capital of Accra, rocketed by more than 5,000% within a few years, while Ghana’s roads took a severe beating.

An article on the New Humanitarian website has emphasised that improved rail links throughout the region will improve food distribution and boost health outcomes by allowing farm produce to be moved quickly and cheaply from breadbasket areas to the cities.

In his State of the Nation address, President Akufo-Addo reported that train services between Accra and coastal town Tema had started up in January this year following rehabilitation of a colonial-era narrow-gauge line – one of the first stages of the “Master Plan”.

Each train carries 600 passengers at a cost of just 90 US cents one way and AFP reports that the scenic and affordable 30km journey has been well patronised.

A new, standard-gauge line known as the Eastern Line is planned to run alongside this old track – from Accra to Kumasi with a branch line from Achimota to Tema.  From an international procurement process the government has selected the Ghana European Railway Consortium  to negotiate a US$2.2-billion build, operate and transfer (BOT) contract with  construction due to start in 2020.

It is important that Ghana develops its current legal and regulatory framework  beyond the current Railways Act, 2008 (Act 779) to include the development of  Regulations to prescribe matters such as the requirements for a railway licence, conditions and procedure for the suspension, cancellation or modification of a licence and also requirements relating to the construction, alteration, maintenance, safety or operation of railway works, road crossings, utility crossings and the maintenance and operation of railway equipment.

Currently, the Ghana Railway Development Authority (GRDA) is both the regulator and the developer of the sector.  Independence from industry and government is desirable for any regulator. It has been reported that the GRDA’s functions will be split, with a special regulatory authority or agency being established for the railways sector. We await developments on this issue.

As it is the Government’s objective to partner with the private sector to lead the railway expansion, Ghana must create a legal environment that is conducive for private sector participation in the country’s rail sector”.