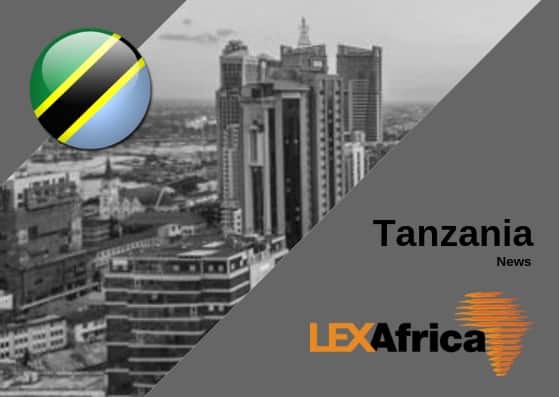 Investment and Business Environment in Tanzania

LEX Africa recently hosted a series of interactive panel discussions at the LEX Africa 2019 AGM conference held in Dar es Salaam, Tanzania. Among the topics covered at the AGM was the current investment and business environment in Tanzania.

Justice Mohamed Chande Othman, the former Chief Justice of Tanzania, opened the conference with a keynote address emphasising the importance of the rule of law and how countries score under various governance indices including the Ibrahim Index of African Governance (“IIAG“). The IIAG and other similar indices provide an indication of a country’s adherence to the values of the rule of law, transparency, accountability, level of corruption and governance.

A panel discussion, chaired by Mr FAyaz Bhojani of LEX Africa’s Tanzanian member, FB Attorneys, discussed the challenges and opportunities for investment and the business environment in Tanzania.

Mr David Tarimo, a partner at PriceWaterhouseCoopers, provided an overview of the key issues, risks and challenges for foreign and regional investors regarding the ease of doing business in Africa generally but with a focus on Tanzania.  Mr Tarimo discussed Tanzania’s National Five Year Development Plan for 2016/17 to 2020/21 and the Tanzania Development Vision for 2025.  The 2025 Development Vision plans to leverage economic growth and development from Tanzania’s geographic location, young growing population and natural resources to achieve a semi‑industrialised middle income country by 2025 with an emphasis on the agricultural, manufacturing, infrastructure, tourism, mining, oil and gas and financial services sectors. Mr Tarimo provided a valuable comparison, backed by statistical data, of the opportunities and challenges faced by investors across different sectors of the Tanzanian economy.

Mr Kalpesh Mehta (Director of the British Business Group, a network of stakeholders that aims to improve the Tanzanian business environment) and Ms Helene Weesie (the managing director of Diageo Tanzania, a key producer of beer in Tanzania) agreed that policy uncertainty and abrupt regulatory changes continue to be a key challenge for doing business in Tanzania.

Mr Frederick Kibodya, the managing director of Mantra Tanzania, discussed recent changes to the regulatory environment in the mining sector and the current land ownership regime in Tanzania, and their impact on investment decisions.  Although he supported the policy changes in principle, the manner of their formulation and implementation could be improved by improved consultation and longer notice of changes.

Ms Weesie noted that the recent 25% increase in the beer excise duty resulted in a loss in sales volumes and revenue for her company and a subsequent fall in government revenues because prices increased and consumers turned to illicit and unregulated substitutes as they could no longer afford the regulated beverages.

In July 2017, the Tanzanian President, John Magufuli, assented to three new laws under a certificate of urgency, which significantly increased government control over mining, oil and gas operations in Tanzania –

These new laws provide sweeping powers for the government to review and instruct the renegotiation of agreements with the government and to require state participation in all mining companies.  The export of unprocessed minerals is banned.  These laws have had significant consequences for businesses not only in the mining sector, but also the banking, financial services, insurance and legal sectors.

The panel agreed on the importance of prior consultation by governments with the business and investor community prior to the implementation of regulatory changes that may have unintended adverse consequences in practice and raise the cost of doing business.  The failure to consult with those affected by the implementation of new laws and regulations and the failure to fully take into account the risks of unintended consequences for the domestic economy and of creating an environment in which compliance is very difficult if not impossible and investment decreases.

The panel’s observations were consistent with various global surveys conducted by the World Bank and the World Economic Forum that indicate that policy uncertainty and over‑regulation are among the top ten investor concerns in every region of the world, including Africa.

In conclusion, the panel agreed that, notwithstanding numerous policy and regulatory challenges, there are several long term prospects and opportunities available for investment in Tanzania.