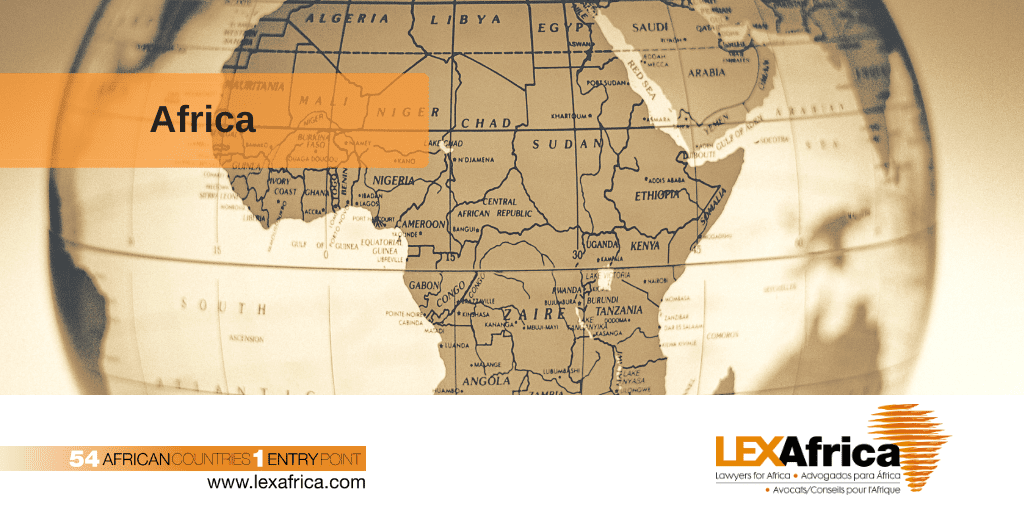 Just over a year has passed since the African Continental Free Trade Area (AfCFTA) officially kicked off in January 2021, and there are encouraging signs of progress.

The ambitious plan to revolutionise trade on the continent is expected to reduce input costs, transport costs, and delays for African exporters in reaching regional and global markets.

“Co-ordination between regulators and integration of regulatory systems will create a more conducive environment for trade.

“It will also make the market easily accessible and attractive to investors.”

The AfCFTA also provides a good opportunity for the incorporation of uniform environmental, social, and governance (ESG) considerations into regulatory frameworks across the African continent for achieving sustainable development.

He says successful implementation of the AFCFTA will require harmonisation and coordination of rules on consumer protection, reporting standards, information sharing, mutual assistance and joint action on enforcement.

In a recent interview with the United Nations e-Magazine Africa Renewal, Wamkele Mene, secretary general of the AfCFTA Secretariat, sketched an optimistic vision of 2022.

He said negotiators have already reached an impressive 87.8% agreement on rules of origin.

That includes more than 80% of the about 8,000 products listed under the World Customs Organisation’s Harmonized System of rules of origin and tariffs. Still outstanding are automobiles, textiles, clothing and sugar.

He said immediate priorities for AfCFTA include finalising negotiations on rules of origin, providing a finance facility for SMEs and launching the African Trade Gateway digital platform.

The latter is a one-stop digital platform with information on rules that apply to thousands of products, customs procedures, market information and trends, and payment transfers.

“The African Trade Gateway is within our control. We can roll that out relatively quickly,” said Mene.

Another supporting pillar for AfCFTA is the roll out of the Pan-African Payment and Settlement System (PAPSS).

A platform that facilitates cross-border payments in local African currencies, PAPSS is expected to save African traders about $5 billion annually in currency convertibility.

“We have over 42 currencies in Africa. We want to reduce and eventually eliminate that cost because it constrains our SMEs’ competitiveness and makes trade costly and inaccessible to many SMEs and young entrepreneurs,” said Mene.

The PAPSS was officially launched on 13 January 2022 and a continent-wide rollout and awareness-raising campaign among traders is expected to be ramped up in the coming weeks.

In another recent interview with African Renewal, Mene said young Africans and SMEs led by women are the drivers of the African economy.

“SMEs run by women account for close to 60% of Africa’s GDP, creating about 450 million jobs.”

He also said, young Africans are at the cutting edge of technological advancements.

AfCFTA will provide them with access to an expanded market of 1.3 billion people with a combined GDP of $3.4 trillion.

“We are right now in conversations with commercial banks in Africa to expedite the establishment of a Trade Finance Facility to support young people, for small and medium-scale enterprises (SMEs),” said Mene.

He said it is important to move away from the old models of trade agreements, that only benefit the big corporations.

“The trade agreement will not have credibility if you exclude important segments of society; it will be perceived to benefit only the elites.”

“To mitigate that, along with Afreximbank, we are mobilizing funds for what we call an AfCFTA Adjustment Facility,” said Mene.

This fund will be to support specific value chains in specific productive sectors of the economy, for example, textiles and agro-processing.

“In collaboration with Afreximbank, we have mobilized $1 billion, and there is an opportunity to increase that sum. We project a need of between $7 billion and $10 billion.”

In December, Mene, briefed a group of US companies on where things stand on AfCFTA, and what opportunities to expect in 2022.

Those present at the briefing were from the US Chamber of Commerce’s Africa Business Center, and the Corporate Council on Africa (CCA).

The CCA published an optimistic article about the briefing on its website in which it said Mene had noted that African negotiators are just a few tariff lines away from finishing up the last item in the first phase of negotiations on rules of origin.

This will allow companies to trade under the same set of rules and standards across the 39 countries that have so far ratified the agreement.

And phase two negotiations will include services and investor protections, among other things.

The CCA said Mene promised to stay in close touch with it to develop specific opportunities, including in key sectors like ICT, health and energy.

Jointly produced by the AfCFTA Secretariat and the UN Development Programme (UNDP), The Futures Report 2021 provides an analysis of what are shaping up to be concrete opportunities in the AfCFTA.

Launched last December in the US, it provides traders with valuable business information and highlights value chains with lucrative opportunities in goods and services.

It identifies 10 value chains that constitute some of the areas in which investment decisions could be made.

This analysis will enable governments to target sectors that present opportunities for their nation’s entry into the AfCFTA market, creating targeted trade capacity-building programmes that can strengthen exporter readiness.

And businesses will be in a better position to make sound decisions on where to invest to take advantage of AfCFTA opportunities.

One of the strong messages in the report is that Africa must diversify beyond the current commodity cycle traps into different high-technology content industries.

“Africa has 42 of 63 elements for the fourth industrial revolution (4IR), including coltan, cobalt, copper, nickel and graphite, for which global demand will increase by 1,000% by the year 2050,” said AfCFTA Secretariat’s Mene in the foreword of the report.

“If we succeed, we will have parted ways with an Africa that is the world’s exporter of raw materials, which capture little value and bring even less gains for both nations and exporters,” said Eziakonwa.

Chairperson of LEX Africa and director of South African LEX Africa member Werksmans, Pieter Steyn, says “the AfCFTA has enormous potential and represents a significant political commitment on the part of African governments.  The support and involvement of the African and foreign private sector will however be essential for its successful implementation. The AfCFTA must also be built on a solid legal framework to give confidence to African and foreign businesspeople. Transparent and legitimate dispute resolution processes and the still to be concluded Phase II AfCFTA agreements on competition/antitrust, intellectual property and investment policies and incentives will be important.  The ultimate challenge will be the devil in the detail of the actual implementation of the AfCFTA by African governments in practice for example with regard to removing non-tariff barriers, promoting good governance, dealing positively with the free movement of African citizens and improving cross border infrastructure.”